Let's all dive into the fascinating world of Finance!

Whether you're a Management controller, a Business analyst, a Financial manager or a Credit controller, find the job that suits you among the job offers in the Finance area, and help Saint-Gobain implement projects that count.

See the job vacancies in finance

Saint-Gobain also manufactures and distributes in 75 countries, and occupies a leading position in Europe or across the globe in all of its industries.

Find out all financial information regarding Saint-Gobain Group.

As an Internal Auditor, you will assist general management with designing the internal control procedure and coordinating its roll-out in cooperation with the international operational departments.

You’ll prepare for the audit by collecting information, analyzing the current system, and defining objectives.

Relying on innovative methods and tools, you’ll evaluate how well the Group manages risk and adheres to its rules, methods, and procedures.

Finally, you’ll draft an audit report that highlights your recommendations and action plan, and monitor their implementation.

Your multidisciplinary skills. Over time, you’ll develop your familiarity with the Group and all of its departments, while cultivating a high degree of international visibility. As an incubator for high-potential employees, we offer opportunities to advance to operational or functional positions in your country and abroad.

Your critical mind and your ability to analyze and think broadly are your greatest qualities. Although you’ll largely be working independently, you will be in regular contact with a variety of different people. As such, you will need strong interpersonal skills.

You hold a master’s degree and have spent time at an auditing firm, where you developed your field experience. You’ve made frequent trips in your country and abroad, which has helped you maintain your English skills.

As an Accountant, you are responsible for ensuring the conformity of the Group’s accounting practices and financial procedures.

In collaboration with the financial manager for the entity concerned, you’ll review the monthly closing of accounts and respond to any request for analysis or explanations regarding the corporate accounts.

Numbers, numbers, and more numbers. You’ll need to be proficient in using management and consolidation software, such as SAP or Magnitude. You’ll be poring through the numbers looking for the slightest error in the amounts.

In addition to your ability to analyze and think broadly, you are also a good communicator. You’ll be working in a team and with the other departments to identify and implement opportunities for improving processes.

Your in-depth knowledge of accounting and tax regulations, budgetary processes, and IFRS will give you confidence that the environment you’re working in is secure and compliant with the law.

You must have a higher education degree, with a concentration in finance or accounting, as well as three to five years of experience in corporate accounting.

As a Business Controller, you will facilitate budget planning and monitoring at your business, and will conduct the necessary analyses to ensure that resources are used efficiently in order to improve operations.

You will track the monthly performance of all the various subsidiaries that fall under your brand/purview, help put together a budget and a business plan, and implement cross-functional projects to conduct internal control procedures and introduce new solutions. At the request of management, you will also be asked to conduct special analyses.

SAP, Magnitude, and Microstrategy, our analysis and decision-support tool.

This job is a stepping stone toward a career with the Saint-Gobain Group. It requires a strong interest in field work and business issues, as well as excellent interpersonal skills and a good ability to listen, adapt, and communicate. Proficiency in English will open up opportunities for working abroad.

You must have a degree from a business or engineering school, experience in corporate finance or auditing, and a level of discipline and organization appropriate to the job. These qualities will allow you to work on your own, and will provide you with the perspective and initiative you need.

As an Administrative and Financial Manager, you’ll help expand our business by offering support and consulting to all of the departments you advise.

Managing the entire financial base under your purview, along with administrative and financial systems and procedures.

You’ll handle budget accounting and finances, and will be responsible for managing purchasing, logistics, and general services.

Additional duties will include internal control, but may also be cross-functional (e.g., setting up and optimizing administrative and financial processes).

Excel, Access, SAP, and good communication. You’ll need to be proficient in the main aspects of project management, which will allow you to address strategic and operational challenges.

You are disciplined and have solid experience, ideally from a variety of work environments. You know how to motivate your team every day and convey your strategic vision with ease.

You must have training in finance or sales and at least three years of experience in management control or auditing in a high-level international and multicultural environment.

Discover the career path of our employees

I've been in this role for just a little bit more over a year now. As a senior internal auditor, on a monthly basis, we make audit assignments, but not only for UK even if I'm based there. I travel a lot [...]

I've been in this role for just a little bit more over a year now. As a senior internal auditor, on a monthly basis, we make audit assignments, but not only for UK even if I'm based there. I travel a lot within the Mediterranean, the UK and Ireland region.

The team of internal auditors is based all over the world. The main central team is in Paris and the other small teams are in the regions where Saint-Gobain is based like the UK, Germany, China, North and South America. And depending on where the assignment is, our manager will pick up the nearest team to do it.
I’ve been working for Saint-Gobain for 6 years now. I am originally from Romania. I came to the UK in 2011 to do my degree, graduated from university and joined Saint-Gobain in a different role, a role a bit similar to a V.I.E program.

In this previous role, I moved from a department to another for 2 years so I could get the knowledge of the businesses and develop some corporate requisite skills. I started the first year in marketing in data analysis and after I moved the following second year of the graduate program in finance.
Then I was offered this current position. It's a great career path.

In the future, my dream is to go back to an operating business and be part of the finance team as a financial controller, and after I would like to become a financial director.

Definitely Saint-Gobain is the place to start, to stay and to become who you want to become. It encompasses everything you want to do, in every business and every sort of area you want to develop.

SG treasury management is based on 3 principles: enforcement of financial risk [...]

SG treasury management is based on 3 principles: enforcement of financial risk management rules within the group, optimization of financial conditions for the entities, and management of daily operations.

EMME treasury supports the treasuries of the countries, serves as the interface between the DTF and the local treasury functions, anticipates cash flow shortages and finds alternative funding options, negotiates with banks, monitors the execution of the foreign currency hedging, and ensures that all the Group guidelines are followed properly.

I collaborate with three Treasury Managers (GCC – Turkey – Egypt), and was travelling frequently before Covid-19 to the countries to meet with the team, with bank representatives, and to review treasury matters.
Nowadays, we switched to video conferencing and online tools.

20 years of experience in finance prior to joining Saint-Gobain, I have been working for Saint-Gobain for 4 years;
2 years as procurement manager and I am Treasurer for the EMME since 2 years.

Working with Saint-Gobain teams is different than working with other Companies; the spirit is different.
It is more teamwork oriented, and you feel you belong to this family.
I am proud and happy to be part of the Saint-Gobain family, and I strongly encourage talents to join Saint-Gobain where experience, career development and a dynamic environment will be waiting for them.

Find out more about the other sectors 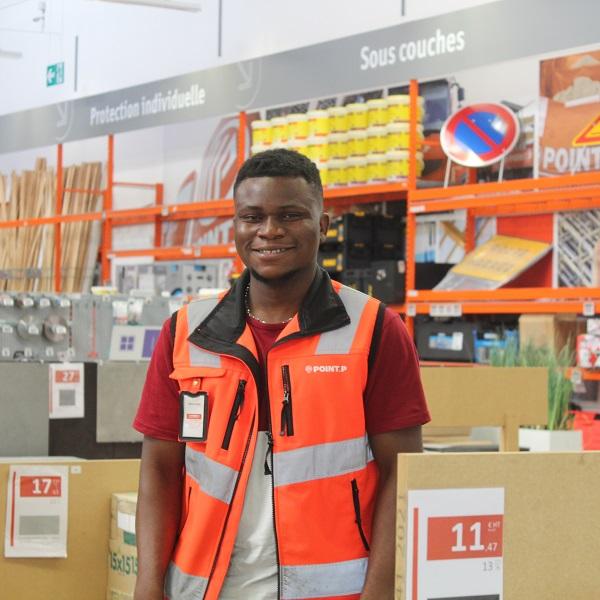 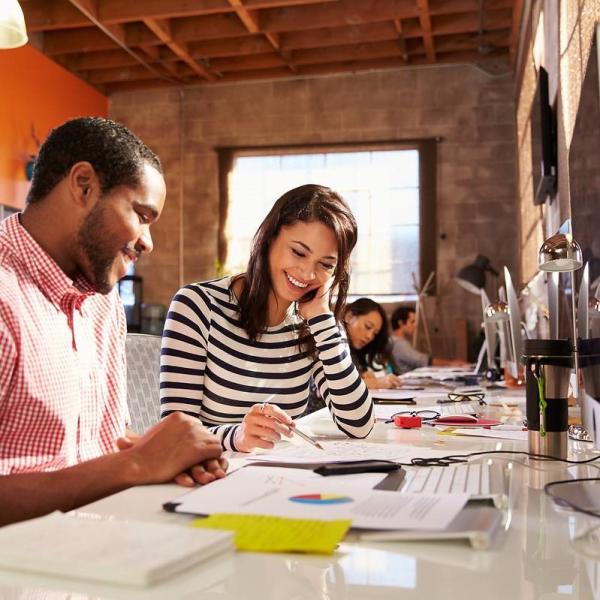 With more than 1,600 job listings currently open on our recruitment site, Saint-Gobain needs an army of experts to manage the thousands of applications received every day from around the world. 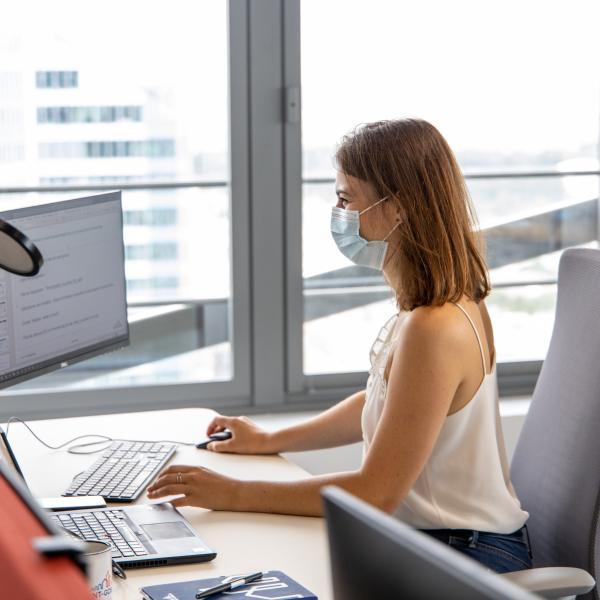 One in four Saint-Gobain products sold today did not exist five years ago. These products need experts in communication and marketing, as well as young, talented individuals with new ideas for how to promote them.