Digital technology for all: bridging the digital divide in a post-virus world ?

The lockdown has inadvertently moved us further into the all-digital era. But not everyone is prepared for the transition, raising the question of how we reduce the widening gap between ultra-connected continents and offline countries - between digital natives and the "digitally illiterate”.

"The Covid-19 crisis has started a global digital revolution. But to make a success of the digital transition, we need to take a more people-centered approach."

In March 2020, at the height of the Covid-19 pandemic, four billion humans were placed under lockdown, schools were closed, businesses ground to a halt, and one hundred and thirty countries sealed themselves off from the rest of the world. The Earth seemed to have stopped turning. And yet life went on. Even when physically far apart, humans continue to feel an inherent need to share, communicate, and interact. The answer to the question of how humans socialize remotely was not long in coming: with a screen and a good Internet connection!

By testing us to the limits, the health crisis has undoubtedly accelerated the global transition to a digital economy. The daily active users of video conferencing platform Zoom jumped from 10 million to 200 million within just a few days. Other platforms such as Hangouts, Jitsi, and Teams also saw their user-numbers rocket, raising fears of a total network blackout at certain points.

This was the unexpected “butterfly effect” of the Covid-19 crisis, when wings flapped in China triggered a global digital tsunami. Almost overnight companies adopted new work organizations driven by productivity and video conferencing tools. School closures made e-learning a reality. There was also an explosion in online courses, from cooking to sport, and an uptick in social media use. Without a shadow of a doubt, our economy is becoming ever more digital, transforming the world into a vast digital network.

Digital illiteracy and the online gap

In theory, the future looks bright. But in practice, the health crisis has revealed a vastly different reality. Because not everyone is equally well prepared to benefit from the new digital order, especially those without access to the Internet or adequate computer skills. To this extent, Covid-19 has actually widened the gap between online individuals and the digitally illiterate. Worse still, the pandemic has deepened existing inequalities and created new ones on a regional, national, and even a global scale. It is worth noting, for example, that 3.6 billion people globally are still offline. That’s half the global population! The situation is even worse in developing countries, especially on the African continent where only 30 per cent of the population is online.

From Africa to Europe

Given this background, when schools closed in 191 countries, how many students were really able to follow their lessons online? In reality, millions of people failed to benefit from remote teaching because they did not have the right equipment or access to the Internet. Inequalities are especially apparent in sub-Saharan Africa, where 89 per cent of learners do not own a computer and 82 per cent are not online.

Although these disparities are more pronounced in emerging countries, Europe is far from immune, with many "white" areas still without a provider of broadband access services. Low bit-rate quality further increases digital poverty, preventing a whole segment of the population from benefiting from digital technology.

Towards a digital third world?

There is an obvious risk of the digital divide widening into a gulf between hyper-digitalized societies and under-connected countries, in effect creating a "digital third world" as the transformation gains momentum. But can we minimize the adverse effects of digital technology and bridge the gulf?

As the divide is nothing new, the answer is clearly ‘yes’. The crisis has simply accelerated a growing trend, revealing an inadequate supply of equipment, low bandwidths, and areas without Internet access or a stable power supply. It is our job, then, to redress the balance.

Initiatives to narrow the digital divide 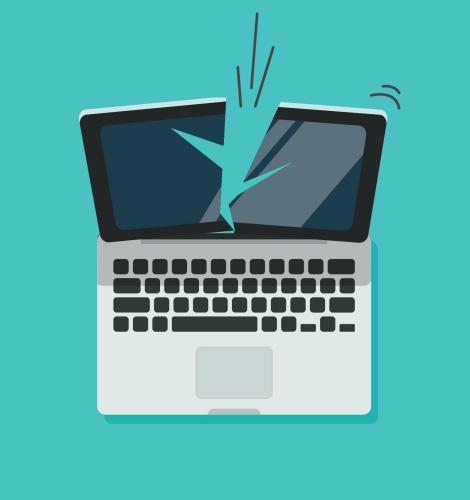 This is precisely why, during the Covid-19 pandemic, socially committed countries, companies, and NGOs set an example by launching solidarity initiatives to reduce these emerging inequalities. In the Czech Republic, for example, the Saint-Gobain Group donated computers to families living in severe digital poverty. In Lebanon, the non-profit Lebanese Alternative Learning launched an online and offline digital support program targeted at 5,000 underprivileged schoolkids. The aim was to prevent them from dropping out of the school system and to prepare them for their national school certificate exams.

In Maubeuge, northern France, another non-profit, Efficience, lent computers to some fifty vulnerable families during the lockdown. Supported by the Fondation de France and the Saint-Gobain Foundation, the initiative had a positive impact, particularly on drop-out rates. “We started by buying refurbished second-hand computers, and installed the OpenOffice suite on them," says Jamel Medjahed, Director of Efficience. “We also lent certain families printers, 4G keys, and other equipment such as ink cartridges, depending on their needs. We now have a fleet of solidarity computers and aim to continue our action over the coming months. Since the dematerialization of society has only just begun, in the future we plan to expand our operations to include smartphones."

Given these circumstances, a circular and resilient caring economy would seem to provide an effective response to the equipment shortages experienced by certain households. “We need to make digital inclusion one of our top priorities,” adds Jamel Medjahed. “Apart from supplying equipment, we need to support and train people who are unfamiliar with digital technology, such as senior citizens and people on low incomes. Because what's the point of having a computer if you don't know how to use it?" All countries should also implement regulatory policies to ensure Internet access and network connectivity are fairly distributed. Offline alternatives, such as broadcasting educational radio or TV programs in remote areas without reliable networks are also under consideration. 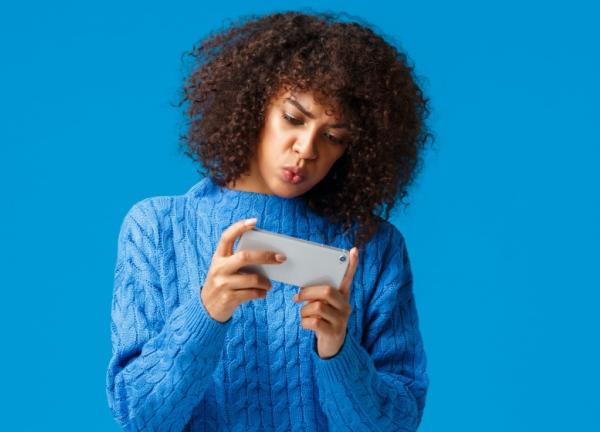