Long range, fast charging, zero CO2 emissions, complements battery power... Hydrogen vehicles offer many advantages. But this technology has to overcome a lot of obstacles before it can be described as mature.

How can we remove carbon from a transportation industry that is still fossil-fuel dependent? Hydrogen mobility could be the solution. But the hydrogen used must be ‘green’, i.e. produced from renewable sources. The automotive industry has been working on this technology for some years now. And the aviation industry expects the first hydrogen-powered aircraft to be flying by 2035.

Hydrogen mobility is flourishing right around the world. Some countries - Japan, for example - got a head start on others. China is now beginning to take an interest as well. In the USA, the State of California plans to develop 200 hydrogen filling stations over the next four years.

In Europe, Germany announced in June 2020 that it would provide €9 billion in funding to deliver its hydrogen mobility roadmap, with the aim of producing 5 GW of green hydrogen by 2030 and 10 GW by 2040. In France, nearly one-third - €30 billion - of the €100 billion recovery plan introduced in response to the health crisis is earmarked for ecological transition. Within this total, €7 billion will be devoted to facilitating the emergence of a hydrogen industry between now and 2030. The stated goal is to have a carbon-free hydrogen production capacity of 6.5 GW in place by 2030.

And although there are only 10,000 - 12,000 hydrogen-powered vehicles in the world today, the French Association for Hydrogen and Fuel Cells (AFHYPAC) estimates that there could be between 10 and 15 million on the road within a decade. Yes, that’s right.

But the question remains: why the sudden infatuation with hydrogen?

The reason is simple: hydrogen has many positive qualities. The first is that it contains a lot of energy (combustion of one kilo of hydrogen releases around three times more energy than the same weight of gasoline), and its only atmospheric emission is water! Added to which, it can be produced and stored locally. Lastly, as an odorless, colorless and non-toxic gas, hydrogen is the ideal way of decarbonizing many industries, including construction, manufacturing and transportation.

Hydrogen, yes, but only ‘green’ hydrogen!

There are several ways of producing decarbonated - or ‘green’ - hydrogen.

The first is electrolysis of water (using electricity to break water molecules down into their constituent gases). But for that hydrogen to be decarbonated, the electricity used must be generated from renewable sources, such as solar or wind power, or nuclear power plants.

The steam reforming of methane and liquid hydrocarbons is a technique traditionally used to produce so-called ‘gray’ hydrogen. Steam reforming emits CO2, but if that is captured and stored, the hydrogen produced is still ‘green’.

Naturally, an entire green hydrogen production industry has yet to be developed, and will include production sites with wind and/or photovoltaic farms, storage areas and supply facilities, as well as expanded vehicle manufacturer ranges and lower production costs. 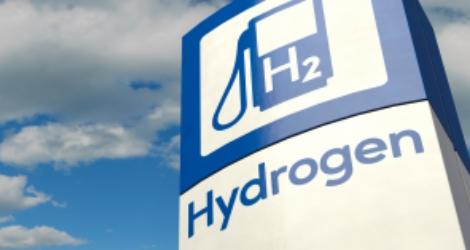 So how do you get the car to run on hydrogen? In practical terms, there are two types of engine that can use hydrogen. Hydrogen is either used directly as a replacement fuel for gasoline in an internal combustion engine, or the vehicle is fitted with an electric motor powered by a fuel cell that converts hydrogen into electricity.

The higher energy density of hydrogen offers a longer range than battery-powered vehicles (double or even triple the range). At just a few minutes, refueling times are also comparable to those of conventional vehicles, compared with several hours for a battery-powered vehicle. Fuel cells are also much smaller and lighter than electric vehicle batteries. Lastly, in terms of rare metals, fuel cells use only platinum, whereas batteries contain lithium, nickel and cobalt.

Hydrogen-powered vehicles are therefore better for carrying heavy loads over long distances, than for short trips with frequent stops in urban areas. So they are more likely to be trucks, buses or utility vehicles, rather than private cars. But hybridizing the two technologies can create extremely flexible vehicles.

A hot topic for the automotive industry

Vehicle manufacturers are in no doubt about the potential of this market. The three most advanced in this technology are Honda, Hyundai and Toyota, which have respectively already launched their Clarity, Nexo and Mirai fuel cell models. In France, Renault launched a range of hybrid (hydrogen/electric) light commercial vehicles at the end of 2019, and Peugeot has announced its intention to enter this market by 2021.

In road transportation, around 50 Xcient Fuel Cell trucks from pioneer Hyundai are expected to be running on the roads of Switzerland very soon. The Korean manufacturer has also announced that it will begin marketing in North America in 2022. In China, it plans to supply 4,000 trucks to major industrial companies by 2025. Toyota has just announced the development of a class 8 (15+ ton) hydrogen-powered heavy-duty truck, and at the beginning of November, Volvo and Daimler Truck set up a joint venture to produce and market fuel cell systems for trucks.

On rails, on water and in the air

Rail is determined not to be left behind. Many trains powered by hydrogen fuel cells will soon be on track in South Korea, the USA, Russia, France and most other European countries.

And competition is also building at sea. All American Marine has announced its plans to build a hydrogen-powered aluminum ferry that will operate in San Francisco Bay. HDF (Hydrogène de France) and ABB have announced the production launch of batteries rated at above 1 MW to power large vessels. In Norway, PowerCell Sweden, a company specializing in hydrogen fuel cells, has got together with shipbuilder Havyard Group to design the first hydrogen-powered ferry.

In aviation, the ZEROe concept aircraft, which Airbus describes as the world's first zero-emissions commercial aircraft, is expected to be in the air by 2035. Smaller manufacturers, like the British company ZeroAvia, have already carried out their first test flight with a 6-seater aircraft.

Obstacles to be overcome

But the development of a full-scale hydrogen industry is not quite as simple as it may seem. To produce hydrogen you need energy, which, like electricity, is only a carrier of energy, rather than a primary energy source, such as gas, oil, solar or wind power. If we don't want to produce hydrogen that is more carbon-intensive than fossil fuels themselves, we have to use renewable energy sources. Unless the energy used is generated by nuclear reactors, of course. But in either case, additional infrastructures will have to be built in order to meet demand.

The development of an efficient refueling network is also vital. According to H2stations.org, only 432 refueling stations were operational worldwide at the end of 2019, and only 330 were open to the general public.

So it’s clear that despite the technological obstacles the hydrogen mobility industry will have to overcome, the majority of countries around the world are infatuated with the idea. Public and private funding is available, and even though they need to be optimized, the techniques do already exist. All we need to do now is reduce the cost of production to make ‘green’ hydrogen a mass market. 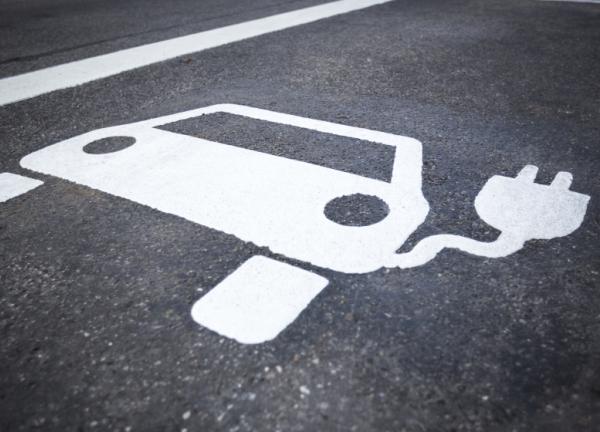