What is a sustainable factory?

Limiting energy wastage, conserving natural resources, reducing environmental impacts... The sustainable factory faces many challenges in its invitation to reinvent the industrial world. But how do we reconcile competitiveness with sustainability?

Working towards the factory of the future

Responsible and virtuous, the sustainable factory has absolutely nothing in common with Charlie Chaplin's Modern Times! As a driver of innovation, it is designed to use energy efficiently, conserve natural resources and generate zero waste. So what are the challenges that have to be overcome? Can we really reconcile efficiency and productivity with sustainability? 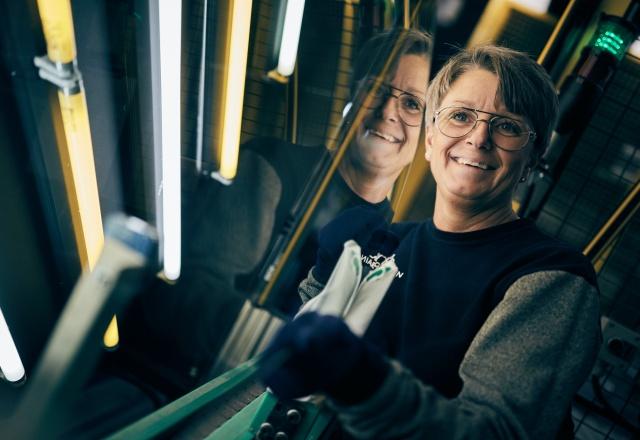 The improvement of our lifestyles and comfort must take into account the preservation of nature, respect for the planet and the well-being of all humanity.

Chennai, India. Incorporating the Saint-Gobain Glass and Sekurit factories, as well as a research centre, the Saint-Gobain production complex proudly asserts its profile in the urban landscape. Designed to be sustainable from the outset, it now contributes to the conservation urban biodiversity. All the rainwater falling on its roof is collected by a harvesting system before being used to irrigate an urban forest! During the monsoon season, its tanks also store water that will then be used to supply the factory, removing any need to take water from the local supply network!

Right around the world, there is a new spirit of revolution in the air, as we begin to sweep away the old industrial model of the 20th century, and India is no exception. The factory of the future asserts its values against the background of sustainability. It is now committed to being less polluting, less demanding of raw materials, more frugal in its energy usage and less wasteful. The effort is absolutely worth it, because better resource and energy management are often accompanied by efficiency and substantial savings. Environmental protection also addresses today’s strong customer and consumer demand for a more responsible form of consumption that does not threaten ocean, forest, field and other ecosystems.

To deliver its transformation, industry has to make some far-reaching changes. The scarcity of natural resources, the clear fragility of our planet and excessive energy consumption provide the background to increased awareness among manufacturers. The sustainable factory promises better production and lower consumption.

Like any revolution, this new model demands change. The great upheaval begins with energy management. Tired of being singled out as culpable, manufacturing facilities are now turning to alternative energy sources like biomass and photovoltaic, or renewable recovered energy sources. Since September, the Saint-Gobain Sekurit factory in Savigliano, Italy, has made this bold choice by introducing a cogeneration tower. This technology recovers process-generated waste heat, and uses it to heat buildings and/or provide refrigeration. “In reality, we use 100% of the energy potential, and waste nothing at all!" explains Vincent Larbre, EHS manager at Saint-Gobain Sekurit. “This new system that enabled the factory to reduce its carbon emissions, at the same time as save money”.

The same virtuous and responsible process is also operating elsewhere in Italy, at the Saint-Gobain factory in Pisa. In this factory which produces flat glass nothing is lost, everything is transformed... Especially heat from furnace fumes, which is collected and used to heat the warehouse!

Although the future carbide factory is already committed to energy from sustainable sources, it is also working to update its production facilities. Often polluting and energy-guzzling, the old production lines are being given a new and sustainable lease of life. The ISOVER centre of manufacturing excellence in Chemillé (Maine-et-Loire) also reflects this trend, with a brand-new glass wool blowing production line. Certified compliant with the ISO 14001 (environmental management) and ISO 50001 (energy management) standards, the site is now spearheading the sustainable energy transition with savings in water, energy and raw materials, as well as effective discharge management. 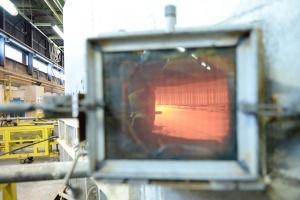 Looking beyond simply updating production resources, it is vital that everyone becomes a proactive stakeholder in change. Take the Saint-Gobain Sekurit factory in Eslöv, Sweden, for example. Five years ago, its employees took the initiative and committed to a ‘Zero Waste Programme’. It was a bold challenge, because the factory was producing 50 tonnes of non-recycled waste just two years ago. But this year, they hit their target! In succeeding in its challenge, the Eslöv factory turned to the local economy, where it was able to identify nearby waste recovery and recycling service providers. Awareness-raising campaigns for the teams have also covered issues such as conserving resources, using only recyclable consumables in smaller quantities, and perhaps most importantly sorting waste more accurately. “It’s a real commitment on the part of our people. And that’s another thing about sustainable factories: they include their teams in shared consultation!” says Emmanuelle Artzner, Sustainability Manager for Mobility BU at Saint-Gobain Sekurit.

In practical terms, the sustainable factory seems to create value and restore meaning to industry, not only within teams, but also with customers and consumers. Increasingly committed to environmental protection, they expect strong signs and tangible action. They reject the ‘polluter pays’ principle in favour of a more responsible approach. And that is particularly true in the automotive sector. The focus of much criticism in terms of its CO2 emissions, this industry is fully engaged in reinventing itself.

Artificial Intelligence (AI) is another face of innovation. With Cobots, 3D printing, the IoT (Internet of Things), Industry 4.0 promises more efficient production and faster time-to-market, at the same time as energy use optimisation. Carmaker BMW has led the way with the 3D printing of turbocharger components. Previously, these components were manufactured all over the world and travelled nearly a million kilometres before assembly. Now though, on-site 3D printing has reduced fuel consumption by 20%, at the same time as rationalising the number of components used.

From sustainable factories to smart factories...