War for talent: labor shortages around the world

All around the world, the “war for talent” is raging. Behind this expression lie real recruitment difficulties for companies. But what is the context of this “war”? Are these talents that everyone is fighting for the same in Poland and the United States? And how is this situation changing practices? We find out more...

There is no miracle solution for recruiting and retaining talent – it requires a range of actions to be carried out in parallel and in coordination.

The war for talent: a corporate challenge

The term “war for talent” first appeared in the late 1990s. It refers to tension in the labor market between the shortage of resources or specific skills and the difficulty for the company of recruiting and retaining talent. The term “war for talent”, first coined by Steven Hankin in 1997, was adopted by three associates at McKinsey in a book entitled “The War for Talent”, published in 2001. But Gilles-Henri Dubouillon, Group VP, Talents & Executive Career Management, finds this expression inappropriate, since the “war for talent” once referred to a shortage of high-level executives, but is now used for skills shortages at all levels of organizations, including at a local level and in factories.

This phenomenon, which is experienced periodically by businesses, is currently reaching a peak. Although the health crisis is dragging on, following successive lockdowns and a severe economic crisis, the recovery has begun – and it is global. With an unforeseen consequence: in many countries, and in various fields, companies are struggling to recruit certain skills, to retain them and to build loyalty. 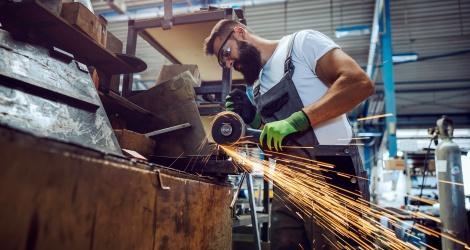 Competition is fierce in Eastern Europe, for example – particularly in the Czech Republic and Poland, which are both highly industrialized countries. The closure of borders due to the health crisis has restricted recruitment from neighboring countries. The result is a very real labor shortage and a lack of workers in industry. So how is it possible to appeal to local employees, who are poorly qualified but in high demand? Because although the level of salary is one means of attracting them, it is not enough to build their loyalty.

Western Europe, meanwhile, is experiencing a labor shortage among independent tradespeople. Due to a lack of training and a vocational crisis, small businesses are currently finding it difficult to recruit new employees. As these experts are essential for a group like Saint-Gobain, the company has therefore decided to set up training programs to teach trades.

In the United States, there has been a major loss of interest in factory jobs. Workers often prefer jobs in logistics or even customer services. Work as deliverers, drivers and call-center employees are also on the rise. This is demonstrated by the success in attracting more and more young people achieved by the ever-increasing number of e-commerce logistics platforms, such as those of Amazon.

There is also a severe skills shortage in other strategic areas, causing major challenges. New professions have emerged as a result of the explosion of Big Data, for instance, as well as companies’ increased awareness of their environmental, ethical and societal responsibilities, and data science, cyber-security and CSR are constantly on the lookout for new employees. This is not always easy because... many of these (future) experts are still being trained in classrooms and lecture theatres!

The Saint-Gobain Group expects to recruit around 36,000 employees worldwide in 2022.

Retain and build loyalty: how to win the battle

While recruitment has tended to be the main focus of the war for talent, growing employees and supporting their development are equally important factors in attracting talents.

“In an employment market favorable to applicants, you have to have a pitch!” explains Gilles-Henri Dubouillon, and financial considerations are not the only factor. The company’s values, ethics, role in society and positive impact on the planet are also key arguments to attract younger generations. And, once on board, the induction process, working atmosphere and inclusive culture are vital to build their loyalty, as are career development and geographic mobility. “At Saint-Gobain, we encourage the development of a TEC (Trust, Empowerment, Collaboration) culture, combined with a more collaborative and engaging managerial approach in order to retain talent.”

A company’s meaning, values ​​and purpose are also strong arguments for the employer brand. “The contribution and positive impact on the planet that Saint-Gobain aims to achieve with its target of carbon neutrality by 2050, as well as its purpose, Making the World a Better Home, are very strong arguments in recruiting and retaining our employees, particularly the younger generations,” adds Gilles-Henri Dubouillon.

This labor and talent shortage necessarily implies a change in recruitment methods. How can we therefore become more attractive – whether in terms of workers or experts in new professions – in a highly competitive employment market, all around the world? By putting a slightly new twist on traditional recruitment methods. One example is the commissioning, in the first quarter of 2022, of an offshore wind turbine plant in Le Havre, France, by Siemens Gamesa, for which it had to conduct a massive recruitment of workers. Instead of the traditional combination of a resume and cover letter, recruitment via simulation was chosen. This involved testing the candidates in similar situations to those they might encounter in their future position. The advantage of this technique is that it assesses the candidate’s abilities rather than their qualifications and experience, making it possible to identify profiles that would not have been selected via the usual recruitment process.

Although head-hunters are still often the preferred means of locating talent for management positions, Saint-Gobain has chosen to innovate for the recruitment of intermediate-level employees, who are generally younger. With the explosion in digital technology, the company decided to adapt its processes by creating its own recruitment teams specializing in social media. Talent Acquisition Teams have been set up in several countries and across all the Group’s business lines. They identify and communicate with future recruits via online recruitment platforms.

Meanwhile, the first stages in the recruitment of future executives and managers at consumer goods giant Unilever will be managed by an Artificial Intelligence (AI) tool specially developed for the Group. To promote diversity and focus on their potential and skills, candidates’ resume and surname are not revealed. All that matters is the candidate’s ability to succeed in a virtual game, a video interview and a simulated “day in the office” at Unilever. These three stages are supervised by an AI system. Only then will a meeting be held with managers, in order to save time and improve efficiency.

A focus on local roots

In any case, to be able to recruit in the midst of the war for talents, “companies’ roots in local communities” are essential, according to Gilles-Henri Dubouillon. “We need to be present in schools, universities and training institutes and to take on interns, apprentices and work-study students to promote our Group and its values ​​to younger generations. Local recruitment and co-optation are strong recruitment levers,” says the VP.

“We never have enough talent!” concludes Gilles-Henri Dubouillon. “The worst situation for a business is not having enough human resources to fuel growth. Without human resources, there is no growth!” he adds emphatically.

In the future, companies will need to take on the challenge of developing new skills, in order to anticipate the constant search for rare talents... whose profile naturally varies between markets and countries. 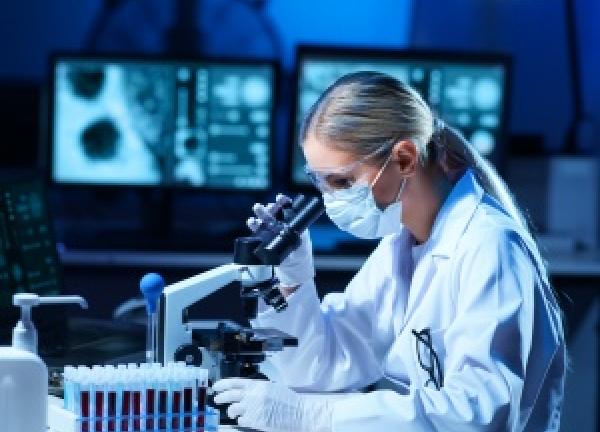