As you all know, in April 2019 a massive fire ravaged Paris’s cathedral commonly known as the “old lady”. But after grieving, comes the time to act and rebuild this monument, so fundamental to Paris’s cultural identity. To guide you through the different challenges raised by this reconstruction project, we will speak about Notre Dame’s reconstruction through the prism of materials.

It was not only the visible parts of the monument that have gone up in smoke but also the hundreds of hours of work done by builders, masons, glassmakers, craftsmen and architects… To paraphrase Arthur Lochmann, philosopher and carpenter, author of Solid Life. "The frame as the ethic of doing —the cathedral is in itself less the symbol of the greatness of eternity than the measure, rather, of time passing." Precisely because this construction is the incarnation of all the hours spent on this grandiose site, result of a massive collective effort. The construction of the cathedral took nearly 200 years, almost as long as the entire gothic period, it is one of the most important examples of the Gothic style in the world.

But after grieving, now comes the time to act and rebuild this monument, so fundamental to Paris’s cultural identity. President Macron announced a few days following the tragic incident that he wanted the reconstruction to be completed in 5 years — ready for the 2024 Olympics that are set to take place in Paris. This raises many questions regarding how the cathedral is going to be rebuilt under these circumstances, what it will look like (a replica of the past or with a contemporary touch) and also which materials can be used to meet the needs of this challenging project.

A lot of ink has spilled on the topic in the recent news, but now, we’ll speak about Notre Dame’s reconstruction through the prism of materials. To guide you through the different challenges raised by this reconstruction project, we will focus on the different areas that were affected by the fire: first the façade, the roof with its vaults and finally the spire. For each of these areas we will question which materials will be used, how and for what purpose?

DISCOVER ALL EPISODES OF THE HIDDEN POWER OF MATERIALS, SAINT-GOBAIN'S PODCAST …

A roadmap for Zero emissions buildings is here

A roadmap for Zero emissions buildings is here 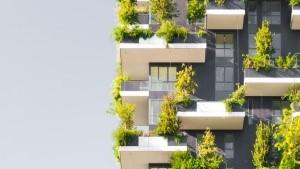 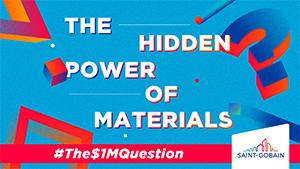