HOME: in a healthier and more enjoyable city

We believe that if we are to improve life in the world, we must build cities that are more breathable, and therefore healthier, and which provide a better quality of life for everyone. Achieving that requires us to take concerted action to combat pollution - including inside our homes - reduce our carbon emissions, and conserve and expand pockets of the natural world. We wanted to discuss these issues with some of those who are working to deliver such a transformation.

In order to change the face of our cities, we must work together to find new ways of cleaning the air we breathe, reinventing the way we travel and explore our world, and taking action to conserve biodiversity. So we went out to meet with some of the people who are inventing tomorrow’s solutions today.

What is a breathable city? Which levers for action have already been identified? How can we encourage everyone to become permanently involved? This overview looks at some of the initiatives that are widening the field of possibilities.

“It's a virtuous circle: by taking action on air pollution, everyone can breathe better in the short term and help slow climate change in the long term.”

"By making our cities more breathable and taking care of the air we breathe, we can have a positive impact on our health and quality of life, especially for the most vulnerable in society, such as children and the elderly. It's a virtuous circle: by taking care of our health - which is the case when we choose to walk or cycle rather than drive - we are also taking care of the planet, especially since many air pollutants have both a short-term and long-term impact on climate change. Reducing air pollution also benefits the most vulnerable people in our society. Cities can also play their part by analyzing their air to identify sources of air pollution, whether from transportation, household energy or waste incineration, before applying the right solutions locally. 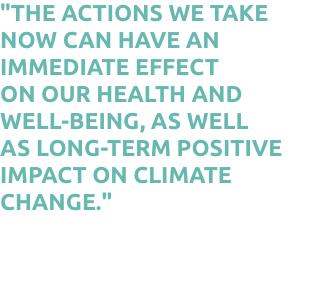 It is this idea that guided the launch of the BreatheLife project, an initiative of the Climate and Clean Air Coalition, a partnership of 70 countries and 76 organizations whose secretariat is hosted by the United Nations Environment Programme. BreatheLife mobilizes public institutions and individuals to reduce the impact of air pollution on health and the climate. The teams work with cities, countries and regions around the world to share solutions that put them on the path to achieve compliance with World Health Organization Air Quality Guidelines by 2030. The organization provides a resource center with tools, guidance and best practices. The members provide each other with technical support to develop public policies and define priority action sectors, flagship measures and a timetable to achieve interim targets. Governments are encouraged to monitor and measure air quality at each stage of their progress to show the positive impact of their policies and how they could potentially be adopted by other territories.

Finally, public engagement is a critical success factor. The teams of BreatheLife help government officials develop awareness raising materials that suit their needs and local contexts to inform their citizens of the benefits of action. This conviction guides us: to move forward, we need everyone, now. The actions we take now can have an immediate effect on our health and well-being, as well as long-term positive impact on climate change.” 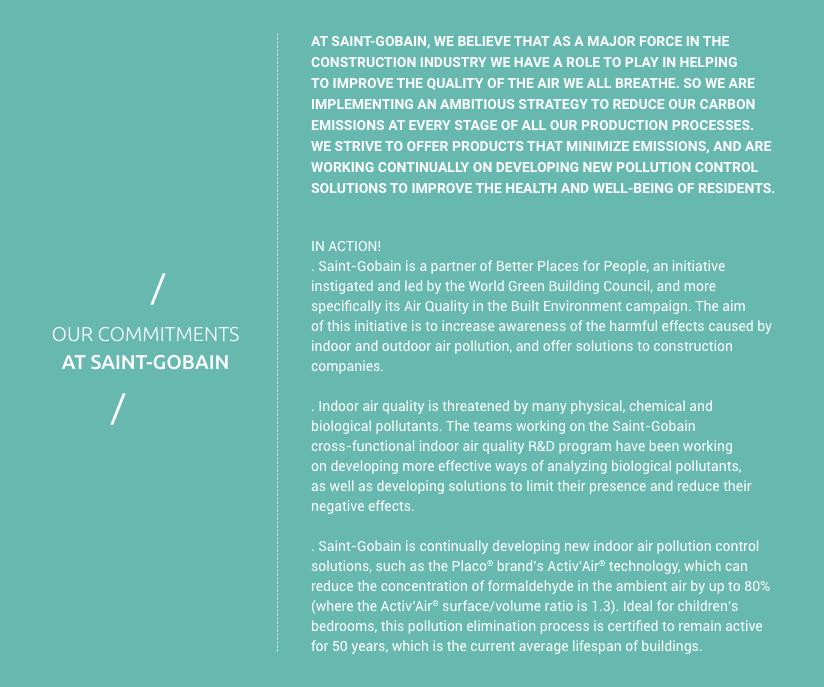 If we are to create a healthier world that gives all of us a better life, securing the commitment of everyone is a key factor. Cities have a major role to play by securing and building on the energy and willingness of those who live in them, and by developing strong public policies. From energy consumption to recycling and travel, there is no shortage of levers for action.

“We have deployed educational programs on biodiversity in our schools, because we know that children are our best ambassadors.”

"Lahti's commitment to the environment began in the 1980s: our lake, which due to industrial activities, was quite polluted. The inhabitants therefore organized themselves to clean it up. Today, we can swim in it and even drink the water. For us, this lake acted as a "wake-up call" that triggered our desire to become an ecological and sustainable city. Since then, this commitment has been at the heart of our strategy, and we are pursuing an ambitious environmental policy. We established a carbon reduction program in 2009 and have already reduced our emissions by 70% compared to the 1990s. Our goal is to be carbon neutral by 2025, and we are on track to succeed. To achieve this, we have made an energy transition by ceasing to use fossil fuels - for example, we have closed our last coal-fired power plant. We are developing electric transportation, including our bus system. We are doing major work on our infrastructures to move towards carbon neutrality, as part of the European Green Deal. And 98% of our waste is recycled or reused.

At every stage, the commitment of our residents has been crucial. For example, we have deployed educational programs on biodiversity in our schools - because we know that children are our best ambassadors. We have also relied on local initiatives: we have the world's first carbon-neutral symphony orchestra and our professional ice hockey team is pursuing the same ambition. Finally, we launched an experimental smartphone application that calculates your carbon emissions: if they are low, you win a coffee, a concert ticket or a bus ticket. It's a very modern way to encourage people to take action. 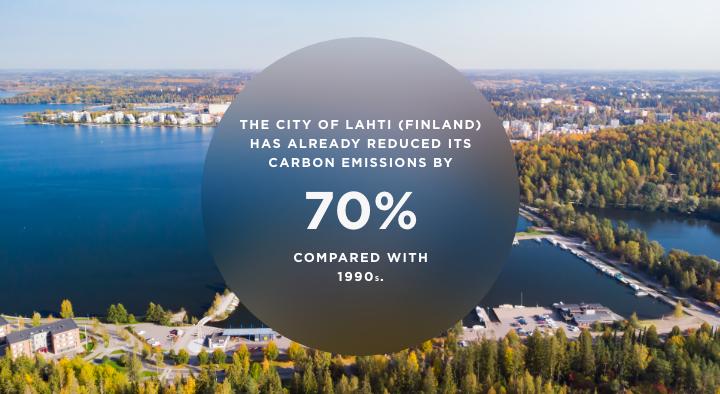 In 2021, we will be the European Green Capital. Our message is simple: if we have done it, then anyone can do it. We are a medium-sized city, with an industrial tradition, like those in which the majority of Europeans live. This is why we are keen to encourage other cities to follow the same path: to move forward, and go faster, it is better to draw inspiration from what others have done. All the more so, being a sustainable city, in which we can breathe easier, is a very important thing, but it is also a powerful competitive advantage. It makes the city more attractive and economically dynamic, and it helps to develop new markets, attract new people and new businesses. So it's an approach that benefits everyone, and we have to invest and work together: politicians, businesses, residents. The idea is not to tell everyone what to do, but to make them question their own desires and means of action.”

Urban planning and construction methods are powerful levers for action in transforming the face of our cities. The ultimate aim here is to build healthier, more sustainable environments that provide more enjoyable life spaces for those who live in them, and to take sustainable action in favor of the environment. Some companies in the construction industry have taken the lead and are developing ambitious strategies to reduce their emissions and make a substantial and permanent difference.

“Saint-Gobain has just set ambitious interim targets for its Net Zero Carbon 2050 program, which aims to massively reduce the carbon content of our activities.”

What is Saint-Gobain doing to make cities more breathable?

The quality of air in our cities is driven by an aggregation of interacting complex systems. Firstly, because CO2 accumulates in the atmosphere, increasing the greenhouse effect over the long term and therefore its negative consequences for our cities. Secondly, because using fossil fuels also promotes the spread of pollutants that are directly damaging to air quality. Since CO2 capture is still very a challenging technology, reducing our emissions is absolutely crucial. This fact has recently led nation states and major cities to adopt ambitious policies, like the C40 Cities Climate Leadership Group. In the knowledge that construction is the source of a substantial share of emissions, Saint-Gobain is determined to play a major role in this collective effort; a role that extends beyond the solutions it develops and markets to help its customers reduce their emissions. Last year, the Group announced its commitment to achieving Net Zero Carbon by 2050. We are now setting new interim targets, and will deliver a 33% reduction in our CO2 emissions by 2030 (compared with 2017 levels) for Scopes 1 and 2, and a 16% reduction for Scope 3 emissions (see insert). These targets have been approved by the Science-Based Targets initiative, which found them to be consistent with the Saint-Gobain carbon neutrality commitment, thereby acknowledging the acceleration and expansion of its ambitions. 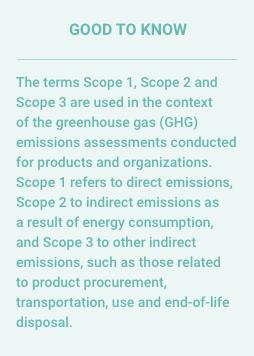 What stages will be involved in the Net Zero Carbon program?

In the short term, between now and 2025, there will be a universal rollout of the operational excellence programs that help us combat losses of energy and materials, associated with further R&D investment in reducing our emissions. In the medium term, which takes us to 2030, we will action every possible lever for reducing our emissions by building on existing technologies and the current energy mix. Looking beyond 2030, the Group will implement disruptive innovations in areas where we are now accelerating the pace of our R&D, such as electrification and the switch to hydrogen for processes that still use fossil fuels, as well as new formulations of our products based on low-carbon raw materials.

How is Saint-Gobain involving its stakeholders in this process?

It's all about teamwork, because the ultimate goal is to ensure that these solutions are widely adopted by the entire construction industry. In this way, Saint-Gobain is working very actively with partners such as the World Green Building Council, the Global Alliance for Building and Construction and the World Business Council for Sustainable Development. We’re also drawing on our own in-house resources: the commitment to carbon neutrality has proved to be a source of great enthusiasm and unity. We will also continue to support these transitions through training, with the Climate 2050 program for our managers, for example. Short and medium-term roadmaps will then be prepared to help each team take ownership of these issues. This will be particularly relevant for our buyers, who’ll be encouraged to engage in dialog with those suppliers that have the greatest potential impact. We’re absolutely convinced that it’s by working together that we will succeed in this new challenge.

At grass roots level, many initiatives have already been launched to help residents deal with climate issues. One excellent example is the Cool Roofs movement, which considerably lowers indoor temperatures by painting roofs white.

Back to Long reads