Is the housing shortage the mother of all problems?

Around the world but especially in Western countries, housing is expensive and there is not enough of it. This worsens a range of problems from health to climate change, and there are stats to prove it. Urban policy analyst Anthony Breach says an overhaul of urban planning rules will increase the supply of land to build on. Then, modular and prefab construction can quickly turn plots into homes.

If you want to have a much more flexible and rules-based system, you will have more prefab and more modular construction methods. It is hard to know what the scope of that would be.

Sam Bowman, John Myers and Ben Southwood made the argument that many problems affecting the Western world are caused by expensive and scarce housing. They presented a very convincing case. Expensive housing has dire consequences. But what is the root of the problem? And is prefab a solution?

High house prices and low availability of housing specifically in metropolitan areas are trapped in a vicious upwards vortex. The image of a cyclone may seem hyperbolic, but it is not far off. In the 12 months to June 2021 with the world reeling from Covid lockdowns, house prices across 10 countries in the developed world increased by 12%. The highest being Turkey at 29%. Meanwhile, a sample of 200 cities around the world found that housing was unaffordable in 90%. There are only 12 counties in the United States where a full-time, minimum-wage worker can afford to rent an apartment. Add to the mix low interest rates which make owning an additional property a stable, lucrative investment and sky-high demand, there is only one direction in which prices can go.

The East is doing better than the West

Anthony Breach, senior analyst at Centre for Cities, a think tank urban planning in the UK, said that housing scarcity and unaffordability is down to demand vastly outstripping supply, particularly in Western countries in contrast to countries in East Asia. He added that countries with a history of English common law, such as India and South Africa, have particularly expensive housing. In contrast, countries like Japan and South Korea have been much better at growing their economies while still creating and retaining affordable housing. This is down to the structure of their planning systems which are more rules-based and flexible and so there is much less rationing and case by case decision making often seen in Western housing policy frameworks. The result is in the West, planning permission is given at the discretion of the local authority and thus urban land is often underdeveloped and underutilized, severely limiting the number of houses that can be built. However, in Japan, all urban is designated as one of 12 zones. If a planning request complies with the rules of that zone, permission to build must be granted. In the 25 years to 2020, the percentage change in the house price to income ratio was a 100% increase in Sweden and a 40% decrease in South Korea.

The consequences of this housing crisis are manifold. Primarily a lot of money is spent on landlords and mortgages rather than in the real economy. A commonly used yardstick for affordability is that households that spend more than 40% of income are ‘burdened’ by housing costs. In the UK 49% of low-income private renters were burdened, dropping to 25% in Australia and just 14% in Germany. This leaves very little residual income for other essentials like food and utilities. Pricey houses leave us broke, in the short and long term.

Expensive housing increases inequality and worsens the health of the occupants

Housing is a major component of an individual’s portfolio of assets, creating a chasm between those who own and those to rent properties. On average the median net wealth of homeowners across Europe 40 times that of renters, and research suggests that a key indicator of a generation’s upward mobility is parental homeownership.

While the wealth of property owners goes up, the health of those renting from them is declining. Scarce house means that slumlords can get away with offering substandard and sometimes hazardous accommodation. Renters in homes with damp and mold report respiratory and lung conditions.

TO READ: "CONSTRUCTION: THE VIRTUOUS CIRCLE OF THE CIRCULAR ECONOMY"

The location of housing also has a serious effect on an individual’s health, like the 23.5 million Americans who live in food deserts, without a car or a supermarket within a mile. They are forced to rely on fast food and convenience store food leading to dietary issues like diabetes, high blood pressure and high cholesterol.

Living in expensive global cities can also affect the type of healthcare a resident receives, if key workers like nurses are priced out.  Conversely, Breach said: “If you make housing more affordable for everyone, it becomes more affordable for nurses as well and it becomes easier to attract nurses into the profession to work in hospitals and you have more resources.”

Not only does scarce housing affect the health and wealth of residents, but that of the city and surrounding areas too. People who live far from their jobs and public transport rely on private vehicles leading to more air pollution and many hours of productivity wasted sitting in traffic. The average driver in Mexico City loses 218 hours per year to congestion. In New York, the figure is 133 and 128 in Los Angeles. Innovation and productivity are also stifled in expensive cities. If people from research centres, SMEs, major corporations, universities, and government institutions as well as investors and entrepreneurs cannot get together to share and germinate ideas, innovation doesn’t occur.

How to resolve regulation

To solve the regulation problem, Breach believes that planning permission would have to be more predictable and more rules-based create more certainty for developers, which in turn would incentivise them to build more houses. Several countries across Europe have an arbitrary planning permission process where a developer or property owner must apply to the local authority to details of the proposed build. Breach said that in the UK, local politicians end up deciding where new housing is politically acceptable instead of where it is best suited for optimal land use. “You would start to see an immediate and continuous improvement in housing outcomes for as long as a more relaxed and rules-based regime is able to proceed,” he said.

TO READ: "IS LIGHTWEIGHT CONSTRUCTION THE FUTURE FOR HOUSING"

Constructing traditional buildings is a costly and drawn-out process

When land does become available with planning permission, there is a growing number of options as to what can be erected. If putting up a traditional construction, the cost of labour and building materials must be accounted for. In 2021, the cost of construction materials in the UK reached a 40 year high and in Australia, house building costs rose by 7%. Time is another important factor as on average it takes seven months to build a new home, not including design time.

Prefabricated structures, as entirely new dwellings or extensions made of timber or metal frames, may be the answer as they have many advantages over conventional constructions. Because the components - including water systems and power circuits - are made in a factory and are not affected by weather delays, houses can be erected in as little as 10 weeks. Working alongside partners, Saint-Gobain was able to help renovate a children’s home in Germany in just three months and a Chinese developer erected a 10-storey modular apartment building in an astounding 29 hours.

TO READ: "IS BUILDING FAST THE SAME AS BUILDING BETTER?"

The short time frame helps keep labour costs down and means that people who need housing can access it sooner. Time is of the essence as it is estimated that the United States will have to build 3 years’ worth of housing in one year to keep up with demand while the UK will have to build 340,000 houses each year until 2031 to meet the backlog of housing need. 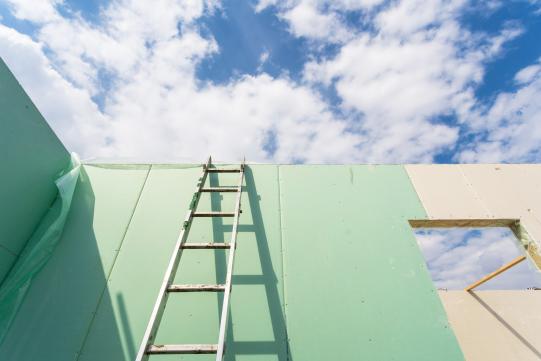 Prefab constructions are quick and use eco-friendly building materials

Modular and prefab constructions are also a greener option as they are often made of timber and gypsum. The building and construction sector produces 39% of energy and process-related CO2 emissions, however, timber is an eco-friendly material because it captures CO2 as it grows. Timber can also be recycled if the building is demolished or expanded. Gypsum, a mineral often used to make fertilizer and blackboard chalk, is another material used in prefab construction. Glass fiber reinforced gypsum (GFRG) is used to make wall panels that are fire-resistant, thermally insulated, waterproof, and recyclable. Other materials are timber blocks and bricks made from recycled paper, both with better green credentials and bricks and mortar. A prefab façade system produced by Saint-Gobain in Russia made of plasterboard, glass wall and cement boards on a steel frame emits 10 fewer CO2 emissions than traditional facades.

The automated and optimized production processes of prefab and modular buildings keep the costs low. However, there are other innovations that can speed up the home-building process. Robotic bricklayers can lay up to 3000 bricks a day, pre-cut plasterboard pieces minimize waste and save time, and using the Building Information Modelling technique to optimize by build sites by scheduling and coordinating construction trades.

The mother of all problems does have some solutions; rules-based planning permission and prefab construction processes. Implementing these changes would be game-changing. Breach said: “It’s significant because if you solve housing problems, that makes a lot of other problems easier to solve.” 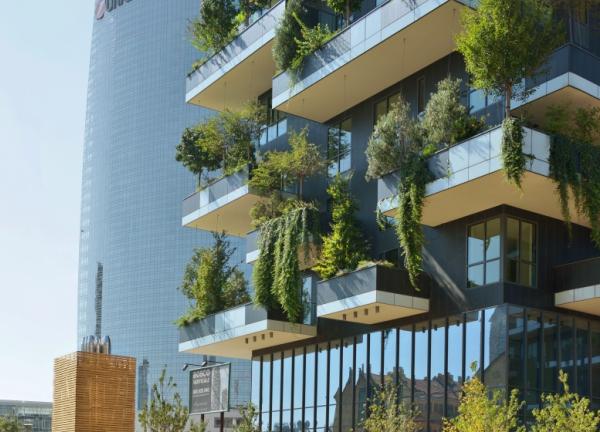 Construction: the virtuous circle of the circular economy

Construction: the virtuous circle of the circular economy 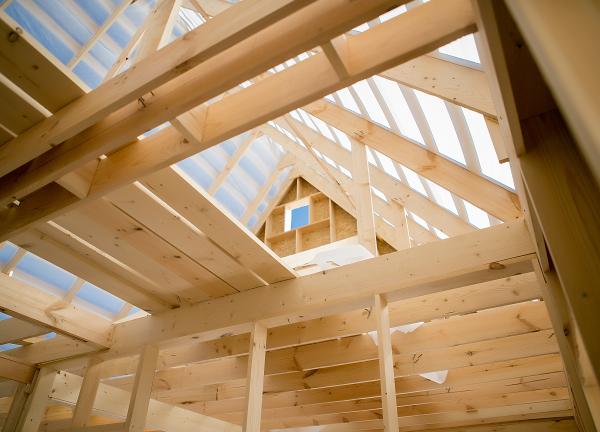