Saint-Gobain lent its expertise and support to the production team behind the Netflix series Notre-Dame. Several of the Group’s brands appeared in the show, demonstrating their know-how. 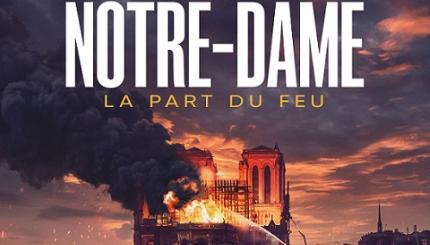 A few hours was all it took to jeopardize the existence of the centuries-old Notre-Dame de Paris (France). On April 15, 2019, news of the fire spread around the world as it ravaged one of the city’s symbols.

Three years later, Notre-Dame is still surrounded by scaffolding; tourists have been replaced by scientists and craftsmen. Yet the cathedral is more than ever the center of attention, after several documentaries and now a Netflix series: Notre-Dame, la part du feu.

Available in 180 countries, the episodes tell the story of the men and women who, for one night, gave their all to save the cathedral from the flames.

Saint-Gobain and its brands Isover, POINT.P and Dispano worked together on this audiovisual work. The construction expertise and advice given by our teams allowed the set designers to reconstruct a true-to-life Notre-Dame in the studio. Saint-Gobain’s extensive know-how made our Group a partner of choice in the making of this series.